Today it had been reported that just the same as the UK had supported a children’s so called strike from school in protest of ”Climate Change” the same has been taking place this week in other counties around the World. So this stimulated the the question of who may be funding this activity in young children and in the process of looking came across the climatechangefacts/info website which is very informative and on remembering the climate Gate of November 2009 about the hacking of IPCC emails which revealed the the manipulation of data to support the theory of Global Warming, I clicked of the link expecting to see the same information but instead was presented with what is shown in the screen shot. Subsequent attempts presented an almost blank page with a statement about General Data Protection Regulation (GDPR) from the EU.

This fits in nicely with the video about Climate Fraud with its introduction about what a Gate Keeper is, which is basically to maintain uniformity of a lie through differing connected sources. However it is the independent data from temperature readings from satellites which tell the truth.

Besides the fraud that was revealed in 2009, there is also ClimateGate 2which occurred in 2015, so the barefaced deception continues despite being caught out the first time around. 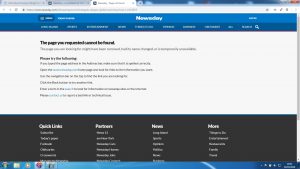 [Quote] Falsification of Data. With the advent of ClimateGate (hacked emails among key IPCC modelers and data gurus), this is a new point of contention. What many suspected for a long time when they couldn’t replicate IPCC results, and could not access the IPCC-used data, seems to be true, at least to them. The fallout could be immense.[unquote]