Evidence of the long term plan to establish what is commonly called the EU Army but which should more correctly be called Military Union.

The speaker in the video mentions the ”EU Army” which should be given its correct name which is EU Military Union. This is not new and has already taken place under wraps in secret and the testimony to this is the fact that people are only mentioning it openly now and think that it is a new idea. It preceded Brexit and is in no way linked to negotiations as it is already a done deal.

This document was issued in November 2008 which means that Northwood had already been assigned the task of being an EU Operational Headquarters under New Labour and it would be interesting to know how much of it was overseen by Tony Blair before Gordon Brown stepped into his shoes as an unellected Prime Minister.

[Quote] This operation, which is the first EU maritime operation, will be conducted in the framework of the European Security and Defence Policy (ESDP). ……….

Under the responsibility of the Council, the Political and Security Committee will exercise the political control and strategic direction of the EU military operation.

The operation is planned for a period of 12 months.

The estimated financial reference amount for the common costs of the operation is EUR 8,3 millions. [unquote] (operation Atlanta from 2008 and extended from 28th November 2016 to December 2018.

http://europa.eu/rapid/press-release_PRES-08-321_en.htm (PDF can be downloaded)

Even though the Franco-British Council was established before we became accepted as a member of the EEC, a condition of joining was to agree to give over our National fishing grounds in such an unequal and unfair way. This is the continuing spirit of the EU towards the British.

[Quote]The Franco-British Council is an independent organisation based in Paris and London. Our mission is to reflect the wide relationships between the two nations and promote constructive dialogue for enhanced future collaboration.

The Council was founded in 1972 on the joint initiative of President Georges Pompidou and Prime Minister Edward Heath, in a context of a developing Europe and of an increasingly globalised community. Since then, it has dedicated itself to the promotion of a better mutual understanding and the development of joint action through bringing together leading representatives of the worlds of culture, politics, defense, science, education and business. [unquote]

The EU’s operational footprint is only likely to increase as Europe is called upon to respond to more crises in its neighbourhood. Yet, the EU still lacks crucial capacity to do contingency planning, as well as the appropriate command-and-control framework to plan and run operations, relying instead on ad hoc or NATO structures.

With 16 ongoing missions and operations, time has come to establish Operational Headquarters (OHQ) in Brussels to ensure effective planning, command and control of operations, in particular when a joint civil/military response is required. Based on the current EU Operations Centre, OHQ should be established with the full capacity of planning and running operations. It would cooperate extensively and develop synergies with current situation and command-and-control centres such as Northwood, which has been used for Operation Atalanta.[unquote] (15th June 2015 )

Here are screenshots of Naval vessels available for service to support Operation Atalanta per Country. The overall strength of the Royal Navy is roughly on par with that of France, Germany and Italy but as a sea faring Island it is evident that it has been run  down, some say deliberately to ease the process of integrating with the French. It would be laughable if it wasn’t so serious a situation, and it is treasonous of our political leaders to allow such a situation to occur, that a traditional maritime Nation has to rely on foreign powers to ensure our own defence, which in itself is questionable.

Please Click on the link for a more clear picture. 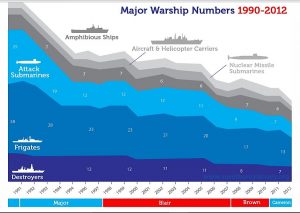