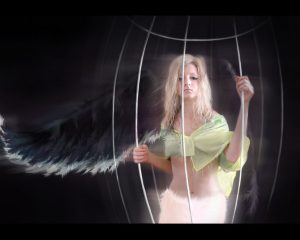 In the previous post I put forward two ideas: those of the randomness and the library angel. I’d like to connect them to my experience on social media. They say that the social media is like a village. Social media could be a good tool  for spreading any idea and to become familiar with the diversity, therefore, experiencing the randomness. You can assert yourself the way that you like without  anybody can rein or seriously refute your assertions. You “un-friend” him and become friend with those who appreciate your way. It is the way that we bar ourselves from undesirable friendship: good or bad. It is our choice.

Nevertheless, it  is an effective tool in the hands of the good and the evil. Well, who is good and what is evil? I leave this rhetorical question for later.

I know we people have sides and we take side with affairs. Like other resources on this planet we fight to monopolise the internet and its social medias or to put them at our disposal towards our aims, thoughts and benefits and ambitions. Those who have created these social media have not done that for their benevolence. They have done it for the benefit – for the sake of having power on the people.

There is one point here. Underneath of any of these new technologies there has been an essential large substructure created by certain people just for the curiosity and passion and altruism that they had. They have been mostly low paid researchers, teachers, and unpaid hobbyists and enthusiasts. Such people have passed a claim, a wealth, to the entire society as their beneficiary,  such that all the people reasonably have got the right and a share of ownership over these technologies.

We can find out how some people became rich out of the toils of others, right at this point.

One can expand any of the above propositions into articles and even books, but it remains to answer this question. If you were living during Louis the Sixteenth which side you would choose or such similar events?

Among the social media I am familiar with Twitter and Facebook. Twitter enjoys such a mayhem that it cannot use what I might call “Caging” or putting a horse blinder (blinker) such that you can see only in front of yours (update: recently using more powerful computers and software Twitter also imposes this caging algorithm).

When I use terminologies such as “algorithms,” then people, many people, become frightened to think further as if it is like rocket science etc. No, let me explain it: you have ten urns (vase, bag, or such) – ten is more than enough – and each urn painted in a different colour. You can not have ten very distinct colours in an ordinary eye, so some of the urns have colours near to each other. Then you have a lot of the small penny size tokens.

Software reads a piece of a post even a title of a post that you liked, checks which of those words has the same colour as any of those urns (words are colourful or colourless) if it could find a match then drops a token for you in that urn. Depending on your activity, it counts your tokens daily or weekly for each urn and creates your profile. By constant profiling, it puts some other urns aside. Then it searches your friends profiles and on finding similarity between urns the software creates a family.

From this point on software puts a blinder on your eyes. Now you are not a random entity for the software. You are out of the randomness of your thoughts. You become an identified entity for the monitoring software.

What is the result of that. You know what is kettling. It means that if police knows gathering of a group of people dangerous – know them trouble making – then it has to prevent them from going astray. Police confine them inside a restricted, limited area. Policing of a “kettled” group is easier. But for the software of social media, there are other reasons, too. From the capitalistic goal of targeting you and your group with certain ads and promotional material, on the one hand, to the sinister political aims such as reconnaissance, infiltration, shilling, neutralising and diverting and controling the public, on the other hand.

Psychologically caged entities start to feel comfortable and satisfied inside the caged family and feel sheltered and bold and gradually lose steam and necessary adrenalin for keeping the level of their enthusiasm.

There was a time that searching on the internet could take you to fascinating places. You liked to know who was, say King Edward IV, then you would find a high school teacher in “Summer Bay1” who had dedicated all his life to the study of history of England in fifteenth century AD. You see how randomly you could connect to an unknown enthusiast who also by all means needed some appreciation and delivery. It was the beginning of the miracles of The Angel of library. You could exchange emails or deepen your relation with him.

An example of that is the article of my friend Robert who walked all along the Tewkesbury battlefield and around and wrote a lengthy article here and here. The “visit counter” I have set here does not show an encouraging number of visits by non-bots, non-spammers. What is the reason?

It is because of caging. They created Wikipedia or call it better Zionopedia with the terrible  infrastructure to devour all the random ventures of all other contributors to the internet, with the goal to cage the reader and to put a blinker on his eyes such that he cannot see anything else. In particular, if you are  someone who is just at the beginning of disseminating your knowledge on the internet or at the beginning of your authoring then you are not able to attract any audience.

It is impossible that you can overpower such sites as Wikipedia or can change their biased materials so patched together. There are other sites with similar infrastructure, too. If any inquirer, especially, a young student wants to find out about some new fact he has to get it through the Wikipedia whether on the mobile phones, tablets, computers in schools, colleges, etc. That comes first. The Summer Bay’s teacher’s work cannot be found even in page fifty of the search engines. It is almost impossible to find it. This new library has only a couple of books Wikipedia and  one or two more books. It does not need an angel. They have software that bars you to access the internet in such places but those software are tuned to allow Wikipedia. 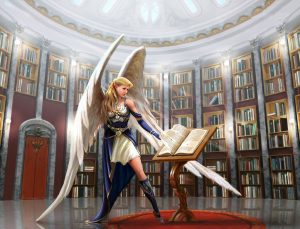 This is not a polished finished article; only wrote it under the spur of an urge. I’ll be back to improve it.