That description of Twekesbury in the book mixed with what my friend here had penned down when he had walked over all the important points the history could remember and terrain could allow.

That coincidence did not end there. For a long time I wanted to write it but things happened that prevented me; one was that for almost three months my computer was not satisfactory. But this is a story I write it somewhere else. At last there came a time when I wrote about this very interesting coincidence.

I was eager to share it with certain friends of mine on the Facebook.  I have to say that I have a kind of inhibition to do that. I can’t post constantly on social media. Inside me I believe it is an inconvenience for the people if I bother them too much by flooding them with my personal taste of affairs.

Well, every now and then I might share some very interesting post of a friend as a sign of comradeship, but not more, not much more. If I have something to say I usually say it as the comment on the posts of other people.  What should I do?

And right next day the library angel went to my friend “Donna”. She tagged me in a post about a very related news about a community who helped their local bookshop move their books into its new place; it was in Southampton. I got the opportunity to propagate my blog there in the comment section of her post. 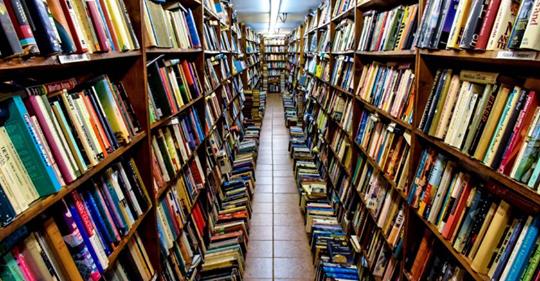 I understood that the fairy was still at work. How? That gave me a way to advertise my blog post regarding the library angel in that message. It was on my wall but not in a way that I usually avoid.

My  next proposition is regarding the truth of the library angel. People who already has mentioned such a phenomenon also believe that all the scientific discoveries of humans are in debt of this being. I believe it is true and scientific.

Let me tell you something from the early computers. By early I mean 1960s, 70s around those times. The memory of those computers were sequential. That is, to find a piece of data computers had to search all along the length of a tape to find that data. Perhaps you have seen them in movies or perhaps some of you can remember. It was slow and tedious. Those memories later replaced with the random access memories. Randomness gave speed to retrieval of data.

But computers remained sequential as always. Computers cannot understand randomness. Even the random numbers they create are pseudo-random not the random-random.

A thinker, an intellectual, a scientist needs to walk along the isles of books. Suddenly, some  being asks him to stop right at that shelf, at that isle of shelves and to take that book out, flick through the pages. Who is that being. Nobody knows; except those who go into a library into a bookshop and allow the angel to walk them through the randomness.

I like to add some more paragraphs but I leave them for later,