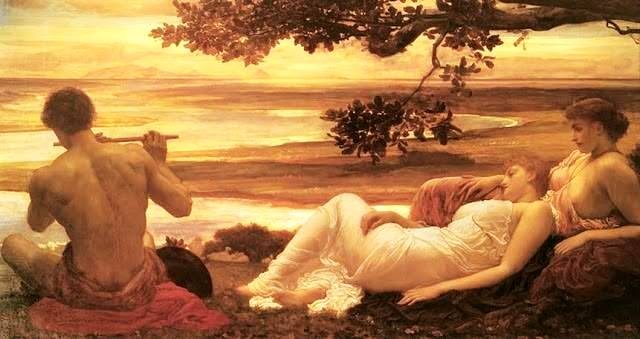 (1) I was surfing around the internet, or perhaps by curiosity I clicked a link. It was about evolution of man from a scientific site; I believe it was from the cable TV, the Discovery channel, here . This link is broken (I am surprised that a TV channel containing legendary technical themes such as American Chopper and Myth Busters, etc. could not maintain its site and its news articles!)

Still author of the article Jennifer Veigas and her articles (perhaps also the mentioned article) is accessible on the Discovery Seeker media, or on her twitter etc.

If you search this phrase, “Human hands evolved for punching,” with your favourite search engine you will find many citations of the article; even there is one including the video of the original scientist’s speech by himself. 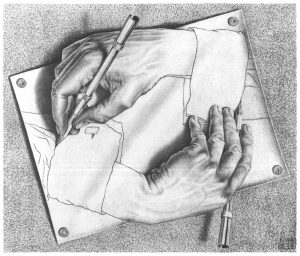 Remember that this blog is called “artistico” but still it is part of the Polemical.uk website. For this reason I try to reveal what is behind this supposedly scientific discovery when we consider arts.

She writes, “Human hands evolved so that men could make fists and fight, and not just for manual dexterity, new research finds.” my emphasise.

New research includes a bizarre experiment done using hands separated from human corpses as we read somewhere else. As a retired scientist I know that nothing in science will be established so easily as the writer claims.

Besides all the flaws in the experiment that has been published in an article, Protective buttressing of the human fist and the evolution of hominin hands, in the Journal of Experimental Biology, there are two absolutely contradicting propositions in what the author has speculated. Authors point out that,

“[T]he faces of primitive hominids, such as the australopiths, had crude, lumpy faces armoured by strong bones that could resist punching.

As humans evolved and bare-knuckle boxing became a less common way to settle differences over mates and resources, their faces adopted the more delicate structure they have today.”

So humans were tough and rough as expected, and then by evolution became more delicate and soft because they did not fight too much any more. On the other hand, he says,

“Our hands didn’t evolve just so that we could use them to manipulate things, the scientists suggest, but also so that men could fight over women.”

Now humans according to this second statement needed to become tough and tougher at the same time that their faces became softer and softer. And all was for the sake of women. But further to this women did not need to evolve their hands but strangely enough their hands also evolved without fighting and also the hands of the newly born  regardless of being male or female.

Absolutely rubbish! I asked an American friend of mine in an occasion, “In what things Americans are good that no other nation can get to them?” I meant science, art, technics, and so on. He plainly answered, “in bullshit! They can produce it endlessly in any circumstances.” And such scientific findings one of those bullshits.

Let me say why. This is one of my pet examples when I encounter with such flawed syllogisims:

I cannot finish this without my creative story I intended to write to  begin this blog. This could be my own experience or just something I have heard from a mate in a pub. Anyway, I like to write it in first person as a writer might do. A writer hears a sentence from some one and can make a volume out of it. There is no bound on the mind of a writer

Many many years ago when I was young I found myself in a prison. I was in an alien country in Latin America governed by a dictatorship and out of curiosity and sympathy I became friend with some political activists with militant left ideas. I was sitting with a couple of them in a taverna that some undercover police came and arrested few people and me among them.

Two months it took until I could get a contact with the consulate and then two more months for the administrative procedures to be arranged, then half an hour for a court and two hours later in the airport to be deported with the first flight.

Short time but when I think to it I find it very educative and insightful and enlightening. It had many aspects that I use them to this day. I have selected one story to be related to the title of this blog, Artistico.

There, people had no access to the outside world. They were absolutely confined with no contact even to a lawyer or a member of family with no personal asset even their prescription glasses. You had your underwear, a uniform given to you and two blankets to sleep on and cover yourself at night.

Comrades and people who were related to each other also were separated with no permission to contact. They would be kept for months until  being sent to the court to be sentenced or be acquitted. Every four hours few people in each cell were allowed to go out for ten to twenty minutes to freshen up!

I became surprised when I joined to some other mates in a half dark cell lightened partly by indirect day light partly by a yellowish incandescent bulb hanged behind a chicken net covered window there near the ceiling.

What was surprising? A couple of people were playing chess.

“What? Where did you get those chess pieces?” I enquired after I settled and had introduced me.

“We build them here! But when guards come to open the door we hide them; otherwise, they confiscate them.”

They had other toys, as both guards and inmates used this word, toys such as checker, dices, and dominos. Prison authorities and guards knew these but used to turn a blind eye, except every now and then, on a random basis, would storm into the rooms and using powerful torches searching every corner and shaking any blanket finding and confiscating them. It was a bargain chip to keep nerves under control or unnerve the inmates in certain occasions. There were rumours that “yankees” – as they used this word –  had taught these tactics to the authority. But I am on no judgement here and now.

After any confiscation, the “toy factory” would start anew. As I learned there, the evolution of human hands happened to be in a way to create pieces of art even when there were absolutely not many things around and they were not for the fight over women.

Inmates had breads for different meals each day – breads that were like our baguette batons. They used to remove the dough from the inside of the batons. First they pressed it with hands to become consolidated and nonporous. It might look disgusting, but then they used saliva as the bounding agent to prevent the item becomes rotten and crushed in its later uses. They knead and knead, spit and spat (2),  until the dough would become uniform and plastic like wet clay. Then depending to their skill could make good or bad pieces from the dough, nevertheless, recognisable enough to play with.

Some more clinical people used diluted sweetened coffee made by the guards in big metallic kettles with loads of sugar in it (all the inmates were unison in asking sweetened coffee. It was the only entertainment for the morning, afternoon and evening.)

They also could build black pieces by throwing dough balls to hit the ceiling. Ceilings were covered with black soot from the kerosene burning stoves lined up in the outside corridor used to warm the place during the winters. They threw and kneaded until they had a black ball similar to the white. Chess boards were drawn with doughs diluted with sweetened coffee.

I had my own art, of course. I found empty boxes of detergent given to the inmates for washing dishes and their clothes. On the outer sides they were branded but in the inner side they were plain. I carefully skinned the outer sides of few boxes cut them in equal sizes and used diluted black dough as the ink. There was a short corn broom in the corridor. I took a piece of corn from it to use as the pen (It had very short broom stick to prevent using it as a weapon). I used a mixture of writing and basic drawing to create a deck of playing card. After a week we destroyed them because it could create a suspicion of communication. I could guess  that the inmates knew the art but had kept it for any conceivable critical situations when it deemed to be necessary.

I had no colour to create red motifs. But you have heard the story of “Il divino Tiziano” – the Divine Titian. He was a child. He always liked to be a great painter and to go to Venice, but his friends in the village were laughing at him whenever he talked about it. It was the time of the Festival of Flowers in Italy. His sisters were busy gathering flowers for the festival. “If only I had some paints!” I could show them human hands did not evolve for the fight with each other. He took petals with different colours and used them for painting, and he created his first Madonna and Child on the stone wall of a room in a deserted village house. 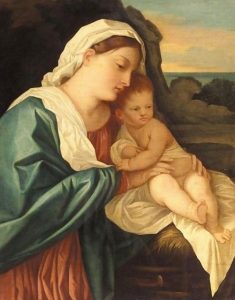 One morning we woke up and with other cell-mates had the turn for cleaning the lavatory areas. Before us a lady had used it. She was in solitary, a lawyer, and was considered a follower of the famous Priest Camilo Torres. When I looked at the barred window seal a little higher than our heights I said to myself “Oh il divino Tiziano!” A bunch of colourful flowers in a vase; she had created and left them there.

“Where did she get her paints?” Titian got them from the juice of the flowers her sister Catarina had gathered for the festival. I learned that our artist had certain colourful pills taken from the basic infirmary, they had provided for the inmates, to dye the dough and had created different coloured pastes.

We had a mixture of Titian creativity with talent of a sculptor, so accomplished.

When I read the before mentioned article of fist fighting evolution I thought how many of those humans, men and women were similar to the lady, I described here, through millennia’s and hundreds of millennia’s.

The article also reminded me to think again about a movie I had seen when I was a teenager and used to admire it; 2001: A Space Odyssey. No it is stupid. In the movie at the first scenes we see that our ancestors could discover, for the first time in their evolution, the concept of the tool – using something besides your bodily assets to accomplish to do some job that before we used to use part of our body- immediately after this great discovery, as the movie claims, our ancestors used it as a weapon to attack to another group of neighbouring humans to monopolise the god given resources for themselves by force.

No it is stupid. This movie is stupid and even Nietzsche (3) cannot gives it a facelift. 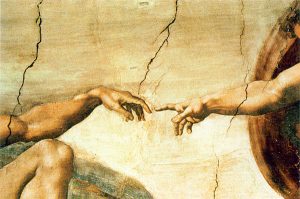 Footnotes:
(1) This article is written on 14 February 2019. The dates that has appeared on top is the time that the blog was created.

(3) The film director or the writer or the screen play writer tried to take advantage of some idea of Nietzsche when at the last scene an embryo returns to earth. He wanted to purport a shade of philosophical depth.

* I bet these hands evolved for fighting. 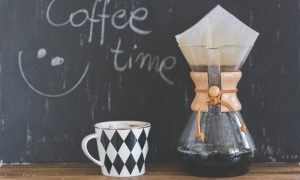